If you’ve ever gardened in a community garden or if your beds or trees are in a place easily accessible by the public, you’ve probably experienced the pain of garden theft. There’s nothing worse than spending all summer nurturing your plants, toiling and weeding, to have your beautiful tomatoes disappear right when it’s time to harvest. Aside from sitting next to your garden 24/7 like a security guard, there is no full proof way to ensure your harvest won’t disappear from your plot. But if you avoid planting vegetables that thieves love, theft in your garden could drop to none. After five years of renting a plot in an urban community garden, I’ve finally figured out the perfect veggies to grow that thieves won’t take. These bizarre veggies taste delicious and add a unique flair to your garden patch.

It’s not a surprise that the fruits and veggies that most often disappear from a garden are ones that are most commonly enjoyed by thieves. If you’ll be planting in a community garden, be aware that these veggies may disappear before you get a chance to enjoy them.

If you’re ready to try planting some “wilder” veggies in your garden, check out these theft deterrent varieties below. 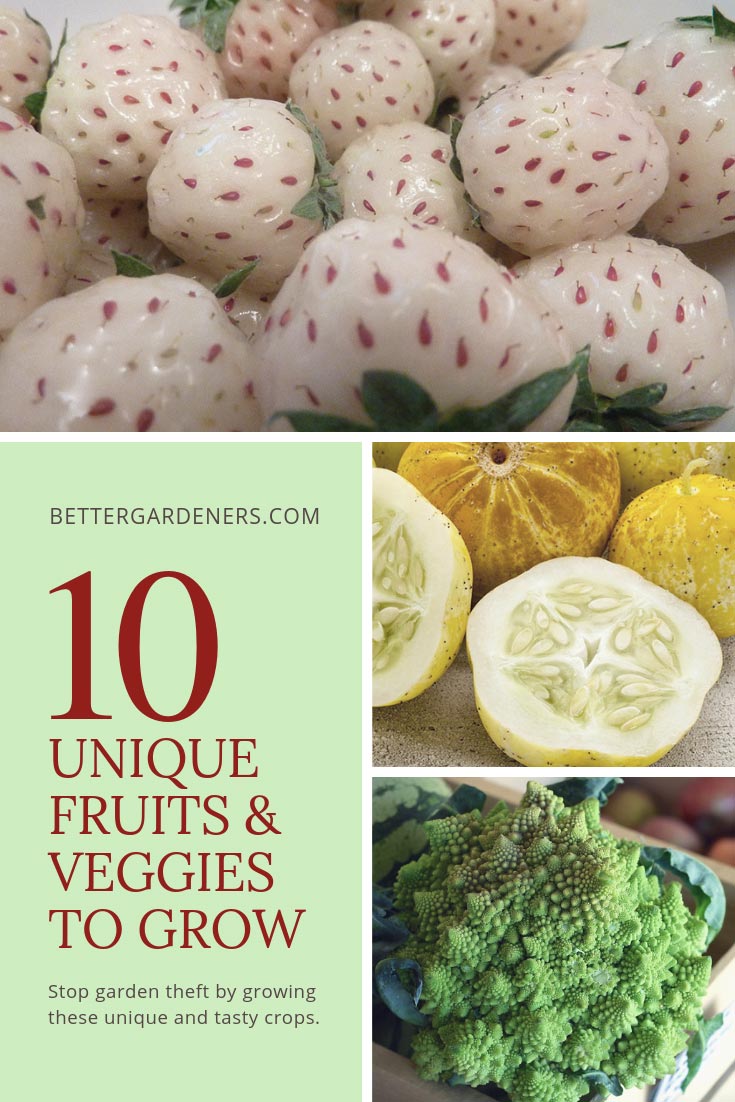 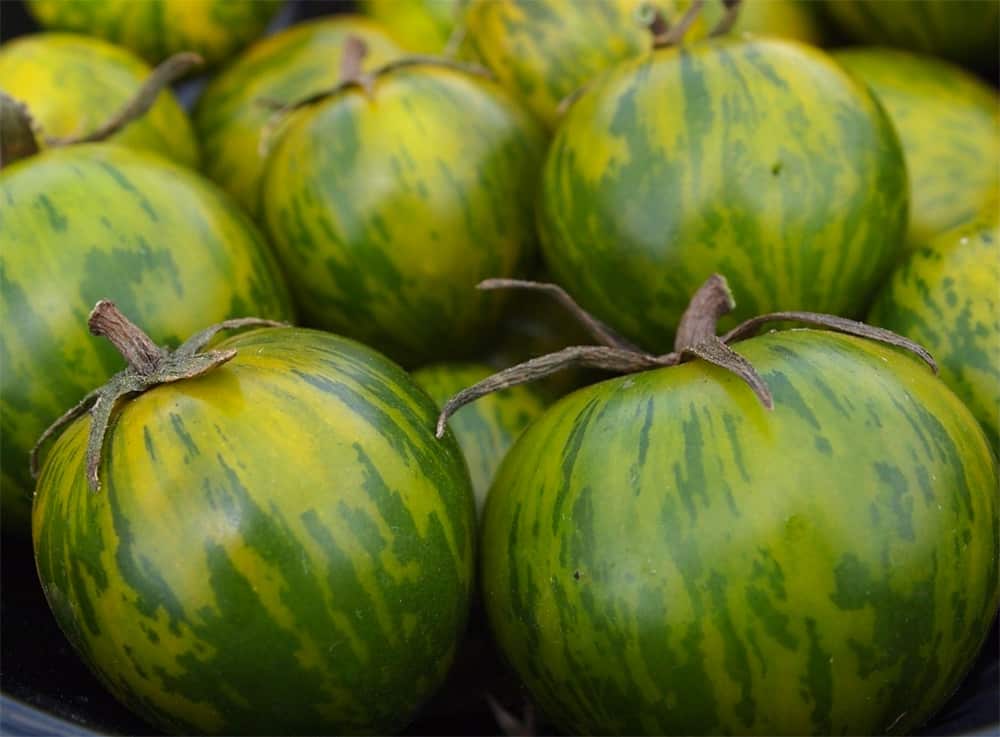 I fill like tomatoes are a must-have in any vegetable garden. While traditional red varieties are a huge target of thieves, differently colored heirloom tomatoes usually grow unnoticed. Green Zebra Tomatoes are perfect for evading thieves because they stay green until they’re ripe. They’re ready to pick when they turn yellow to highlight the green zebra stripes. Since they always look like they haven’t quite ripened yet, thieves never pick them.

You can enjoy them like any other tomato. They’re delicious sliced with a little salt and pepper or on top of a salad or sandwich. 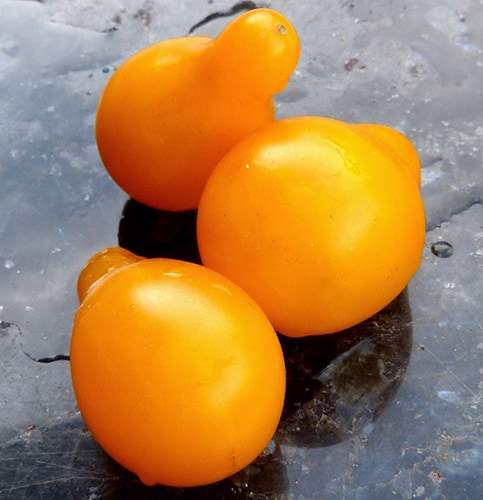 This yummy alternative to cherry tomatoes leaves thieves stumped. Even before they ripen, their pear shape does not look like the tomatoes they’re searching for. These tomatoes grow to about 1.5 inches and are ripe when they’re bright yellow. They’re perfect for snacking or cutting up for a salad.


I’m not a big fan of beans, but I cannot get enough of these purple beauties. Red noodle beans are named for their vibrant color and very long bean pods. Ours often grow over two feet and we get a lot of output over the summer from a few plants. Even better, their bizarre appearance deters garden thieves. We enjoy them chopped and sauteed in butter and garlic.
Check Price on Amazon 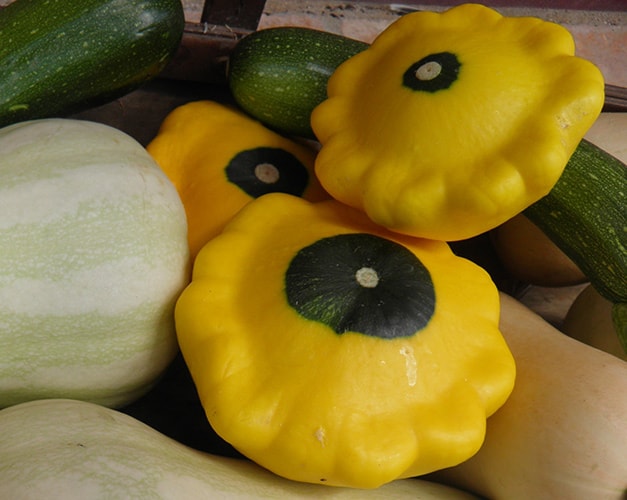 I love these little summer squashes, not only because they look like UFOS but because they’re delicious as well! Easy to grow, the most common varieties are yellow or white. They’re shaped like a top with scalloped edges and are rarely seen in regular grocery stores so most thieves have no idea what they are. While you can usually find them at a farmer’s market, they’re so easy to grow they make a great addition to any community garden plot. 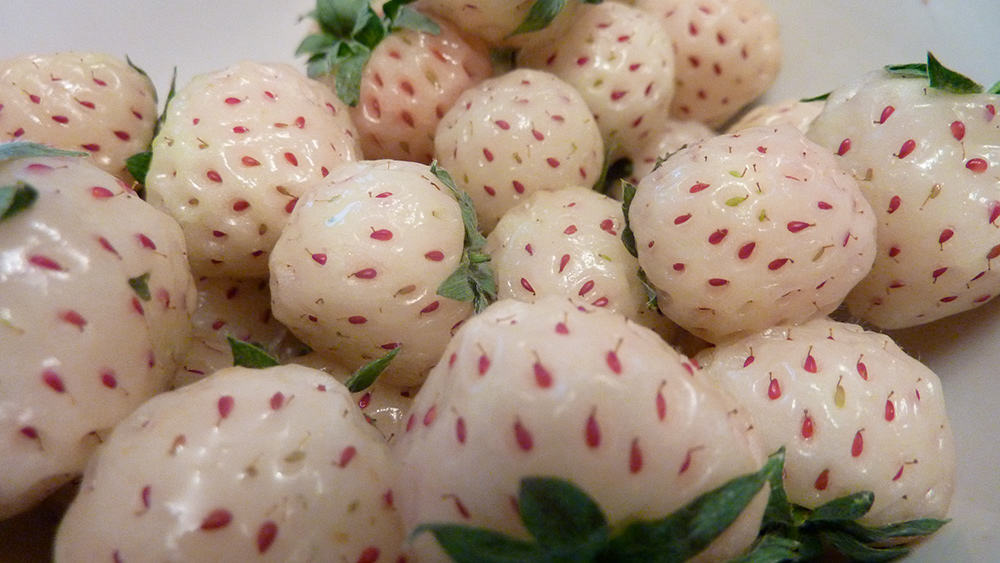 These tasty little berries are like the inversion of a strawberry: they’re white with red seeds. A more recent variety, pineberries were first cultivated in 2010 and only made commercially available in the US in 2012. They’re a little smaller than strawberries and have a distinct pineapple flavor (hence the name). Since they’re unknown by most people, thieves will pass them up thinking they aren’t ripe. That will leave you with a bumper crop of these unique berries. (Photo by Emmbean – Own work, CC BY 3.0, Link)

Ground cherries, also known as cape gooseberries, are a sweet little berry in the tomatillo family. They grow in a paper husk with a yellow-ish orange berry inside. They’re tart-sweet, making them perfect for eating fresh or preserving in jams. Super easy this plant produces a huge amount of fruit in only a month. Most people have never heard of them, so they leave them alone. Many animals are also deterred because of fuzzy husks. They grow easily and will propagate themselves for years to come. 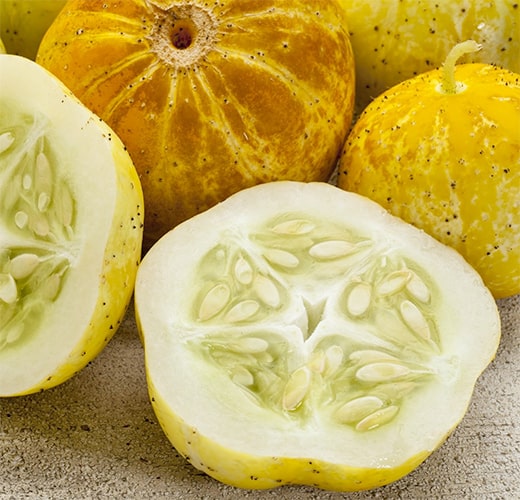 Named based on the yellow color and round-ish shape, a lemon cucumber tastes nothing like the bitter fruit. Instead, this crisp and fresh cucumber is just like any other: a delightful salad topping or pickling option. They have the same needs as other cucumber varieties, so make sure to keep them well watered. Gardeners in cooler climates may find better success with lemon cucumbers than other types. Plus, thieves won’t take them!

Ever since we started community gardening, Armenian cucumbers have been our go-to cuke. They’re perfect for slicing for summer salads and their crisp long fruit is perfect for feeding the whole family. Their pale color comes with a refreshing mild flavor. Once they’re a foot long, they’re ready to harvest. If you’re limited on space, train them up a cage or trellis and they’ll helpfully vine vertically. Garden burglars won’t recognize them and will leave the strange veggie behind. 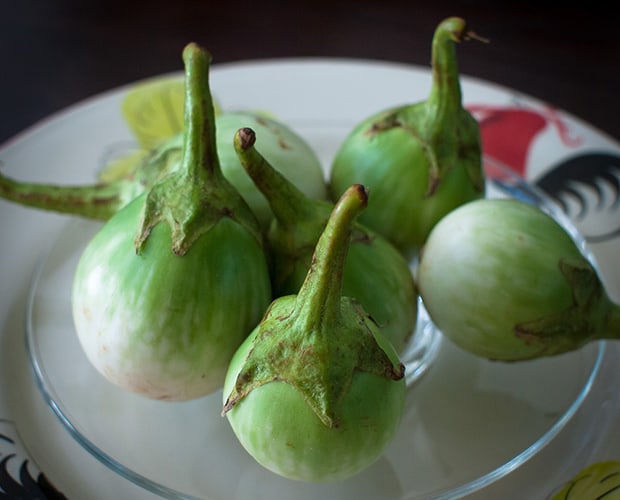 If your beautiful purple eggplants keep disappearing from your vegetable garden, here’s a great alternative. Thai eggplants (sometimes called apple eggplants) look nothing like traditional eggplants. First, they’re green, and second, they’re small and round. (There is a purple variety available, but if thieves are an issue, you may want to opt for green.) The plants require similar care and growing conditions as regular eggplants, but there’s one bonus with them. Thai eggplants do not need to be salted to remove bitterness. Just chop, cook, and enjoy. 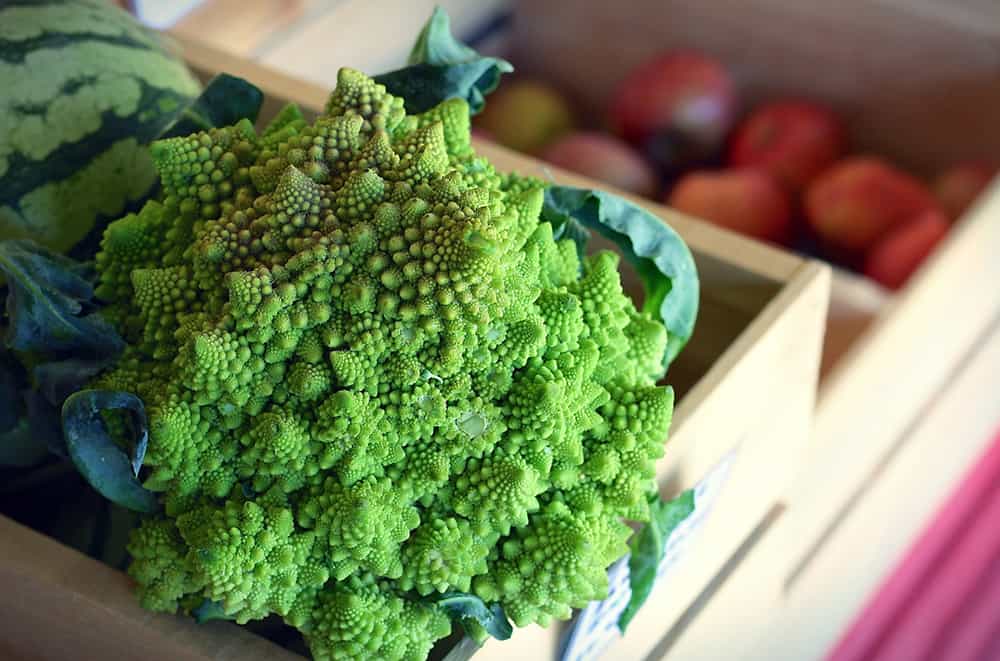 If a thief snagged your broccoli after a summer of tending to it, you may want to consider growing this weird cousin to the traditional green veggie. This gorgeous broccoli plant grows in geometric cones that reminds me of a fractal. Mesmerizing in appearance, they’re delicious and can be prepared the same as any other broccoli or cauliflower dish.

If you’re not ready to experiment with the unique fruits and veggies we recommend, there are some options you can grow without being targeted by theft. Obviously, we can’t predict whether there will be a thief who snatches one of these from your garden, but from talking to the other gardeners in our community garden, these were the veggies and herbs that never disappeared.

Still struggling with harvest and yard theft? Learn how to stop garden theft.

This website may use affiliate links for commissions on purchases you make. You will not be charged extra by purchasing through these links.